Data Modeling - Can You Do it Without a Schema? 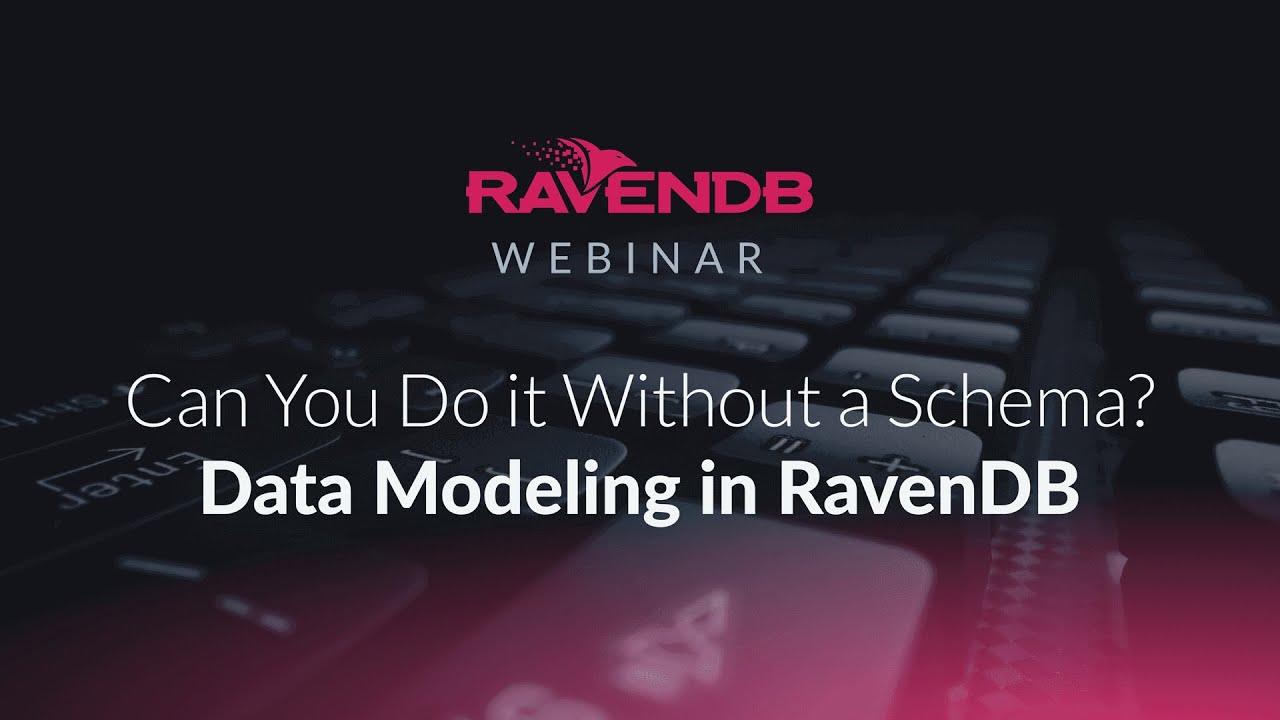 How do you model data in a NoSQL setup?

Is it really like reinventing the wheel? That sounds like a lot of work, where do I even begin?

What is the difference between an aggregate root and an entity? In this webinar's online shop example, we are going to have an Order and an OrderLines. Both of them are going to be entities. I can say, "Give me OrderLines 6, or give me Order 50." This is, if I am using a relational database, because effectively I must have a primary key on the OrderLines table.

In the book, Domain Driven Design, by Eric Evans, he talks about only creating references between aggregate roots, even if you have entities that are encompassed by single aggregate root you should only have one of them.

With RavenDB, the situation is different. We don't actually have the concept of an entity. To be more exact, the division that we typically do is that we have a document, and a document is a 1 to 1 mapping to an object graph that is an entity inside your application.

For modeling in RavenDB, here are three rules of thumb for each document:

You want to get to a point where you can look at the document, you can make sense of it, you can modify it on its own without touching anything else, and it doesn't break any part of the system.