Pivoting to Success With a High-Agility Database 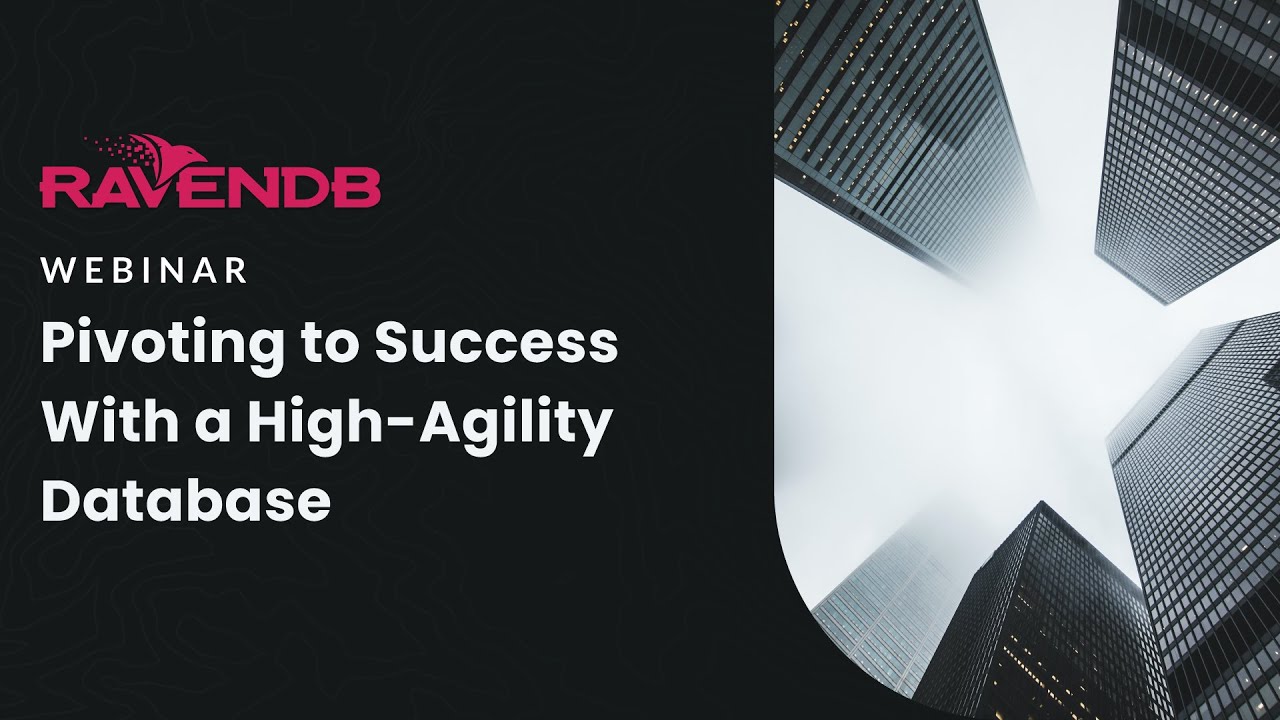 In 1981 William Wrigley Jr. started a company selling soap and baking powder. Sales soared when he began including a free pack of gum with his products. The gum was so popular that Wrigley abandoned his original products and started selling the gum instead. That’s the origin story of the famous Wrigleys Company – purchased by Mars in 2008 for $23bn.

Will your business be able to pivot so smoothly when opportunity knocks?

Databases are not traditionally flexible. Relational databases almost actively resist modifications to their data structure. A small change like needing to store multiple phone numbers for a client instead of just one will require building an association table, increasing the complexity of your database, and adding a great deal of load to your queries.

Even NoSQL databases usually lock you into particular schemas. RavenDB, on the other hand, supports schemaless data modeling so you can adapt your data according to your changing business needs.

More than just allowing this flexibility, RavenDB actively supports it. Features like automatic indexing work behind the scenes to optimize performance to keep you running at full speed with no extra development time.

You don’t have to worry about the sunk costs of optimizations or debate whether pursuing a business opportunity is worth the price of rebuilding your entire application. Just make the change, and RavenDB will continue working.

As a distributed database, RavenDB allows you to scale out effortlessly as your business grows. When your next pivot is a runaway success, your database will have no trouble keeping up.

For a startup or an expanding business, RavenDB lets you move fast, break things, redesign them even better, and take that great leap forward efficiently and gracefully.