RavenDB vs Couchbase: A Rakuten Kobo Use Case 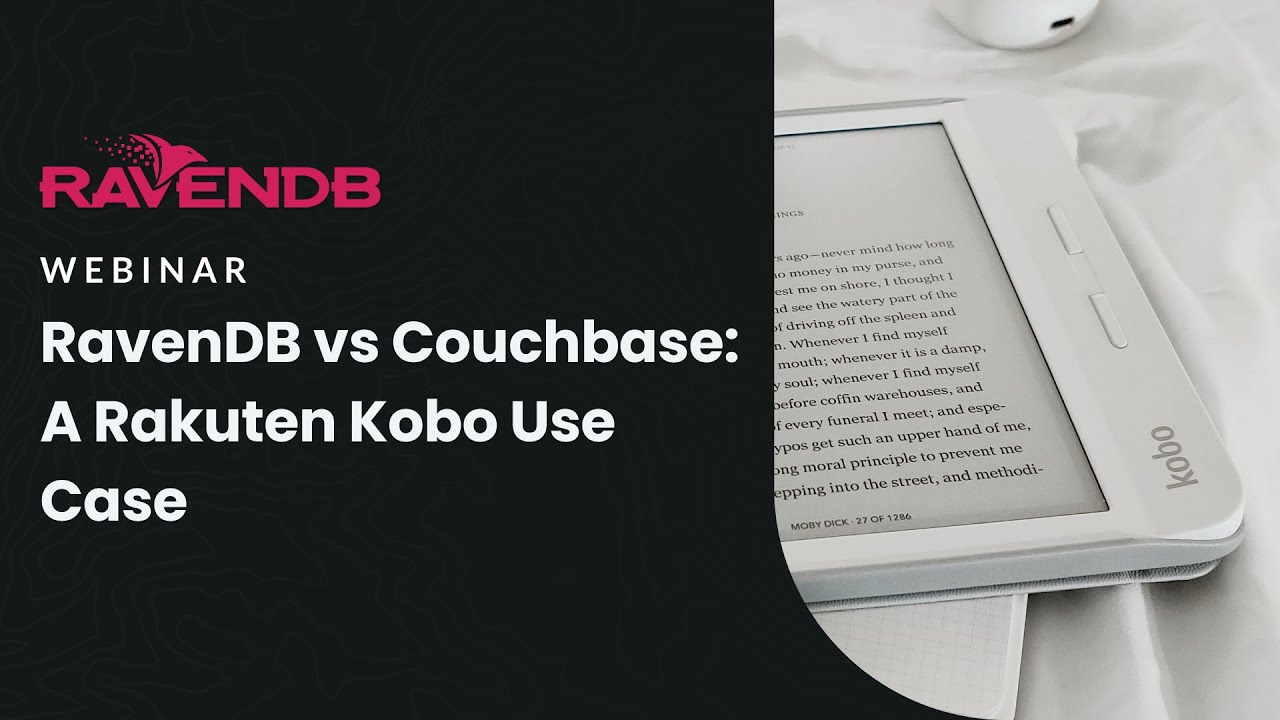 An eBook retailer that holds an ever-expanding library of digital assets and users, as their user base expands, their incumbent systems could no longer handle the load.

Using public documents, a data set was replicated, replete with the 1.3 billion documents necessary to demonstrate each database’s ability to handle Rakuten’s load.

Both RavenDB and Couchbase were measured on load and performance.

Which database could do more in less time?

By recreating the Rakuten system, RavenDB was able to show its prowess against the best databases in the industry, and clearly show what it can do by handling 15,000 requests per second while Couchbase stalled at just 250.

In this webinar, RavenDB CEO Oren Eini presents the scenario while doing live benchmarking. He will discuss problems that can occur that you might not see at first glance. Oren will pull the shades up on each database so you can see where the bumps are and how to avoid them.