An important aspect of RavenDB is that It Just Works. In other words, we aim to make RavenDB a really boring database, one that require very little of your attention. As it turns out, this can get really complex. The topic for today is role assignment in a distributed cluster after recovering from a failure.

And the following sequence of events:

So far, this is business as usual and how RavenDB works to ensure that even in the presence of failure, we can continue working normally. Node C is the only remaining node in the cluster, and it shoulders the load admirably.

At this point, the admin takes pity on our poor node C and restarts node A and B. The following operations then take place: 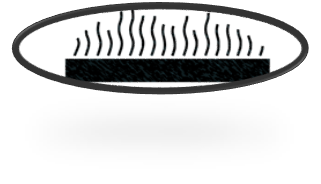 At this point, however, node C is the primary node for all the databases, and the CPU heat sink is starting to make some warning signs.

What we need to do now is to re-assign the primary role for each database across the cluster. And that turns out to be surprisingly tricky thing to do.

We sat down and wrote a list of the potential items we need to consider in this case:

There is also the need to take into account the hardware resources for each node. They are usually identical, but they don’t have to be.

As we started scoping the amount of work that we would need to make this work properly, we were looking at a month or so. In addition to actually making the proper decision, we first need to gather the relevant information (and across multiple operating systems, containers, bare metal, etc). In short, that is a lot of work to be done.

We decided to take a couple of steps back, before we had to figure out where we’ll put this huge task in our queue. What was the actual scenario?

If there is a single database on the cluster (which isn’t uncommon), then this feature doesn’t matter. A single node will always be the primary anyway. This means that this distribution of primary responsibility in the cluster is not actually a single step operation, it only make sense when you apply it to multiple databases. And that, as it turns out, gives us a lot more freedom.

We were able to implement the feature in the same day, and the cost of that was quite simple. Whenever the cluster detected that a database’s node has recovered, it would run the following command:

This is the only thing that we need in order to get fair distribution of the data across the nodes.

The way it works is simple. As each database become up to date, the cluster will pick it up and a primary at random. Because we have multiple such cases, sheer chance is going to ensure that they will go to different nodes (and those, rebalance the load across the cluster).

It simple, it works quite nicely and it is a lot less scary than having to implement a smart system. And in our testing, it worked like magic