A database indexing strategy is a core part of achieving good performance. About 99.9% of all developers have a story where adding an index to a particular query cut the runtime from seconds or minutes to milliseconds. That percentage is 100% for DBAs, but the query was cut from hours or days to milliseconds.

The appropriate indexing strategy is often a fairly complex balancing act between multiple competing needs. More indexing means more I/O and cost on writes, but faster reads. RavenDB has a query optimizer engine that will analyze your queries and generate the appropriate set of indexes on the fly, without you needing to think much about it. That means that RavenDB will continuously respond to your operational environment and changes in it. The end result is an optimal indexing strategy at all times.

This automatic behavior applies only to automatic indexes, however. RavenDB also allows you to define your own indexes and many customers run critical business logic in those indexes. RavenDB now has a feature that aims to help you manage/organize your indexes by detecting redundant definitions & unqueried indexes which can be removed or merged.

The index cleanup feature is now exposed in the Studio (since build 5.4.5): 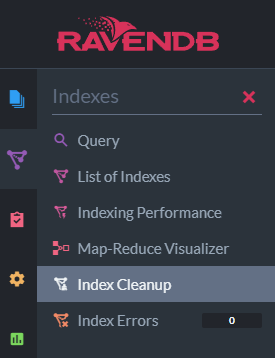 When you select it, the Studio will show you the following options: 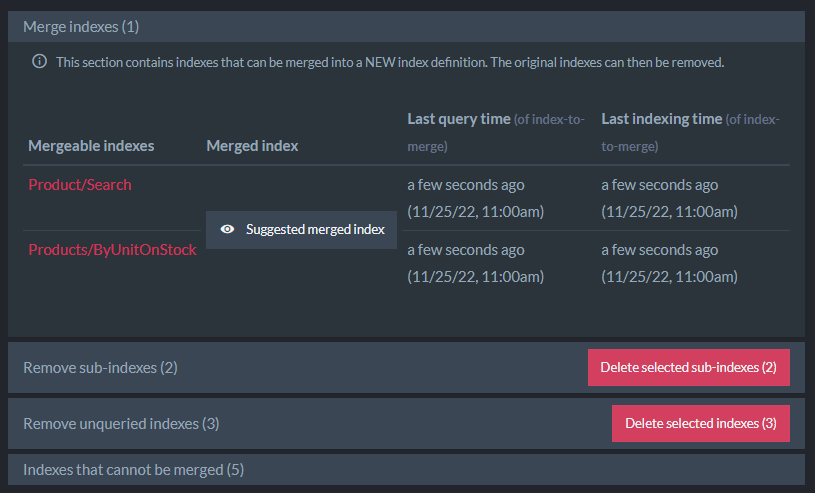 You can see that RavenDB detected that two indexes can be merged into a single one, and additionally there are some indexes that haven’t been used in a while or have been completely superseded by other indexes.

RavenDB will even go ahead and suggest the merged index for you: 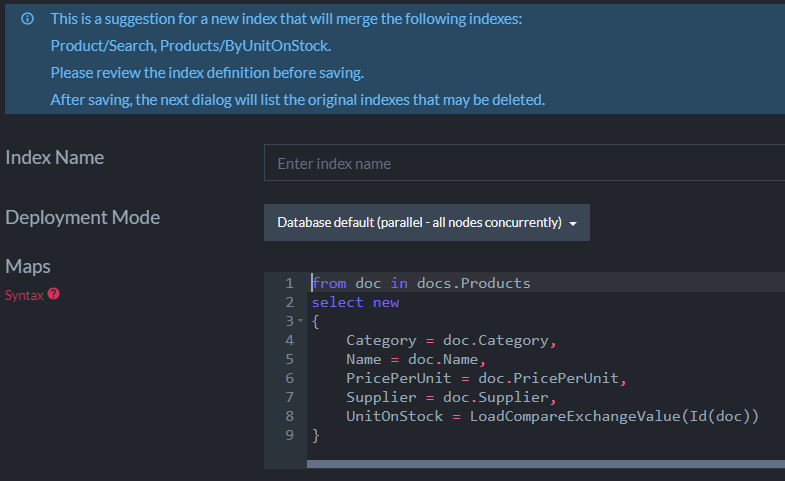 The idea is to leverage RavenDB’s smarts so you won’t have to spend too much time thinking about index optimization and can focus on the real value-added portions of your system.