The futility of using RavenDB as an in memory database 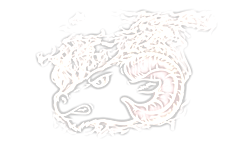 I was reminded recently that the RavenDB documentation aren’t putting enough emphasis on the fact that RavenDB can run as an in memory database.  In fact, topologies that other databases seem to think are fancy are trivial in RavenDB. You can run your cluster in a mixed mode, with a couple of nodes that are persistent and write to disk, but having other nodes that are using pure in memory storage. Combined with RavenDB’s routing capabilities, you’ll end up with a cluster where the nodes you’ll usually interact with are going to be purely in memory, but with the backend pushing data to other nodes that are persisting to disk. On the face of it, you have both the speed of in memory database with the persistence that your data craves.

So why aren’t we making a whole lot of a big deal out of this? This is a nice feature, and surely it can be used as a competitive advantage, no?

The problem is that it isn’t going to play out as you would expect it to be.

Consider the case where you dataset* is larger than memory. In that case, you are going to have to go to disk anyway. At this point, it doesn’t really matter whatever you are swapping to the page file or reading from a data file. On the other hand, if the dataset you work with can fit entirely in memory, you are going to see significant speedups. Except that with RavenDB, you won’t.

In other words, because of the way RavenDB is architected, you aren’t going to see any major advantages by going the pure in memory route. We are already providing most of them out of the box, while still maintain ACID guarantees as well as on disk persistence.

There are some advantages of running in memory only mode. Transactions are somewhat faster, but we have spent a lot of time optimizing our transactional hot path, you can get to hundreds of thousands of individual writes on a single node while maintaining full persistence and ACID compliance. In the vast majority of the cases, you simply don’t need the additional boost. It costs too much on to give up persistence.

So the answer is that you can run RavenDB purely in memory, and you can also do that in mixed mode cluster, but for the most part, it just doesn’t give you enough bang for the buck. You are going to be as fast for reads and almost as fast for writes (almost certainly faster than what you actually need) anyway.

* Well, working set, at least, but I’m being fast and loose with the terms here.