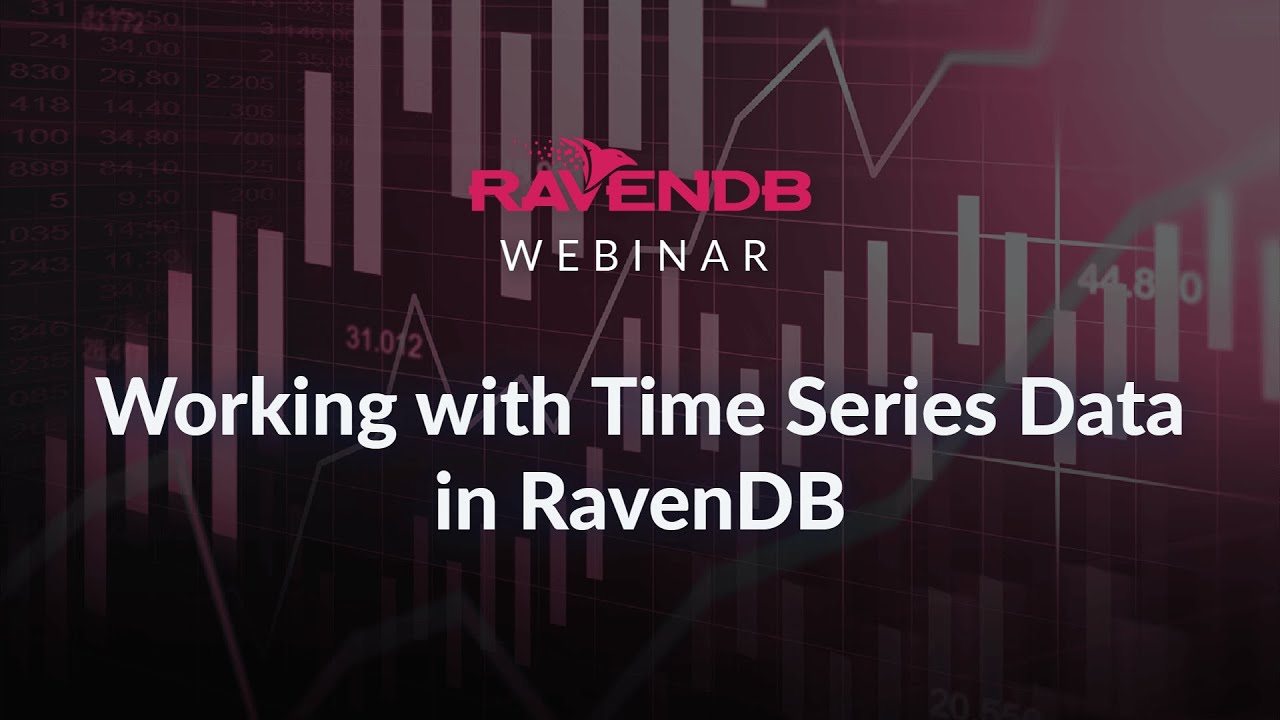 Sections of the Webinar:

Look into the future with time series data. Uncover patterns, find detailed information for forecasting and analysis, create charts to visualize your data and make the best business decisions with the most precise information.

The unprecedented amounts of data going through time series analysis demands that your database handle indexes skillfully. Making indexes automatically and on the fly becomes critical for managing IoT and time series data.

RavenDB is well up to the task:

While dedicated time series databases can match this performance, they need an army of nodes to do it. That can cost you dearly on the cloud. RavenDB can save you time, complexity, and money in accomplishing the same goals.

RavenDB also enables you to visualize your time series data by turning it into charts.

In this webinar, RavenDB CEO Oren Eini takes you on a tour of the flagship feature for RavenDB 5.0.