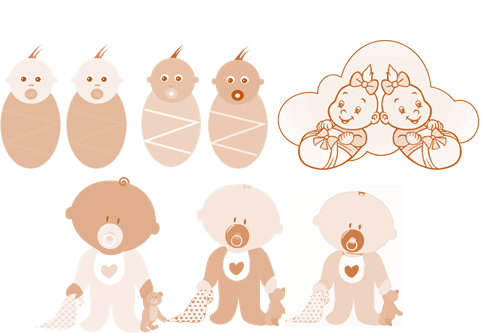 An old adage about project managers is that they are people who believe that you can get 9 women together and get a baby in a single month. I told that to my father once and he laughed so much we almost had to call paramedics. The other side of this saying is that you can get nine women and get nine babies in nine months. This is usually told in terms of latency vs. capacity. In other words, you have to wait for 9 months to get a baby, but you can get any number of babies you want in 9 months. Baby generation is an embarrassingly parallel problem (I would argue that the key here is embarrassingly). Given a sufficient supply of pregnant women (a problem I’ll leave to the reader), you can get any number of babies you want.

We are in the realm of project management here, mind, so this looks like a great idea. We can set things up so we’ll have parallel work and get to the end with everything we wanted. Now, there is a term for nine babies, is seems: nonuplets.

A single baby is a lot of work, a couple of them is a LOT of work, three together is LOT^2. And I don’t believe that we made sufficient advances in math to compute the amount of work and stress involved in having nine babies at the same time. It would take a village, or nine.

This is a mostly technical blog, so why am I talking about babies? Let’s go back to the project manager for a bit? We can’t throw resources at the problem to shorten the time to completion (9 women, 1 month, baby). We can parallelize the work (9 women, 9 months, 9 babies), though. The key observation here, however, is that you probably don’t want to get nine babies all at once. That is a LOT of work. Let’s consider the point of view of the project manager. In this case, we have sufficient supply of people to do the work, and we have 9 major features that we want done. We can’t throw all the people at one feature and get it down in 1 month. See, Mythical Man Month for details, as well as pretty much any other research on the topic.

We can create teams for each feature, and given that we have no limit to the number of people working on this, we can deliver (pun intended) all the major features at the right time frame. So in nine months, we are able to deliver nine major features. At least, that is the theory.

In practice, in nine months, the situation for the project is going to look like this: 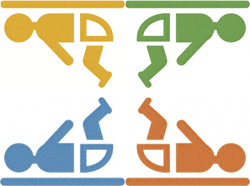 In other words, you are going to spend as much time trying to integrate nine major features as you’ll be changing diapers for nine newborn babies. I assume that you don’t have experience with that (unless you are working in day care), but that is a lot.

Leaving aside the integration headache, there are also other considerations that the project manager needs to deal with. For example, documentation for all the new features (and their intersections).

Finally, there is the issue of marketing, release cadence and confusion. If you go with the nine babies / nine months options, you’ll have slower and bigger releases. That means that your customers will get bigger packages with more changes, making them more hesitant to upgrade. In terms of marketing, it also means that you have to try to push many new changes all at once, leading to major features just not getting enough time in the daylight.

Let’s talk about RavenDB itself. I’m going to ignore RavenDB 4.0 release, because that was a major exception. We had to rebuild the project to match a new architecture and set of demands. Let’s look at RavenDB 4.1, the major features there were:

For RavenDB 4.2, the major features were:

With five major features in each release (and dozens of smaller features), it is really hard to give a consistent message on a release.

In software, you don’t generally have the concept of inventory: Stuff that you already paid for but haven’t yet been sold to customers. Unreleased features, on the other hand, are exactly that. Development has been paid for, but until the software has been released, you are not going to be able to see any benefits of it.

For 5.0, for example, the major feature we are working on is time series. There are other things that are already in 5.0, but there are no additional major features, and as soon as we properly complete the time series work, we’ll consider 5.0 ready to ship.