Skip to Navigation
You are currently browsing legacy 3.5 version of documentation. Click here to switch to the newest 5.4 version.
We can help you with migration to the latest RavenDB
Contact Us Now
see on GitHub

Setting up the cluster

The first thing you'll see when starting a new server is this:

Then, you'll need to select Create cluster and supply the server URL and credentials (optional). 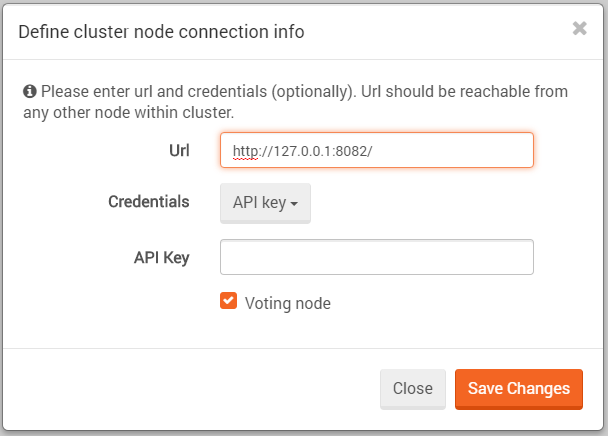 You can then add the other nodes to the cluster by pressing the Add another server to cluster button. The default leader will be the node from which the cluster was first created. 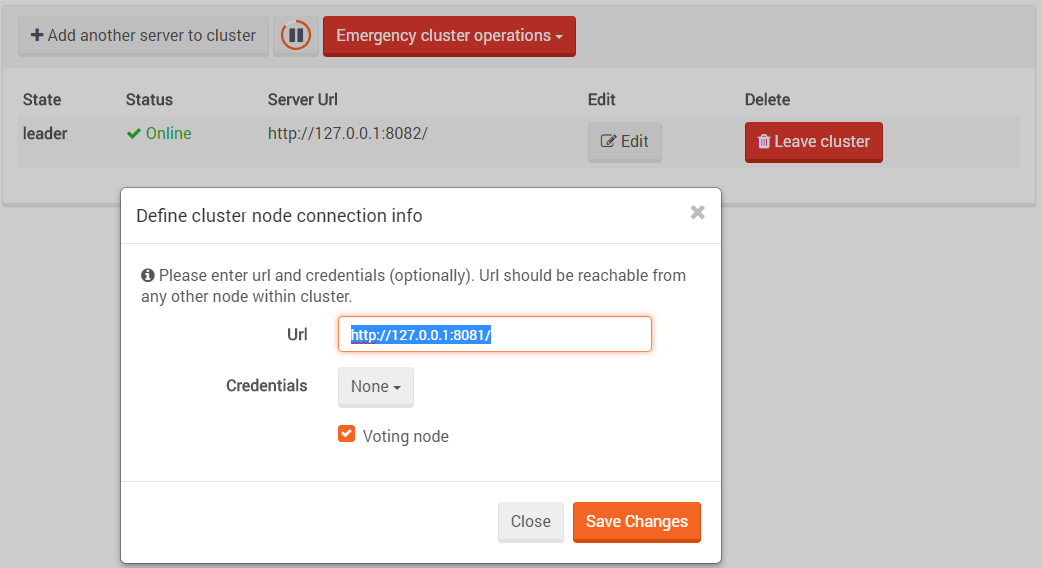 After adding a few nodes to the cluster it should look something like this:

In addition to the expected options like editing a node's address or leaving the cluster, we have added some Emergency cluster operations. These are operations that are not part of Raft and are provided only for out-of-the-ordinary cases and should only be used wisely (and with caution) by the admin.

A node can ask to Secede from cluster, which means it will be disconnected and removed from the cluster topology. A side effect is that the node will be left with its own single-node cluster.

Another option is the ability to Kidnap a node - force a node to the cluster, even if it's in another cluster. In that case, the new node will be promotable until its state is synced with the rest of the cluster. Only then it will get voting privileges.

The third option is remove the cluster entirely and perform cleanup. This option is needed after a node secedes from the cluster and is left with a cluster of its own. It removes the clustering information from the node, turning it into a normal non-cluster node.

Notice that when you choose a mode, the selection box will display the other mode (toggle between them):

When the cluster is up and running, you can click on Manage your server -> Server topology -> Fetch topology and get a map of your cluster.

When in a cluster, every new database you will create will have the replication bundle enabled by default. 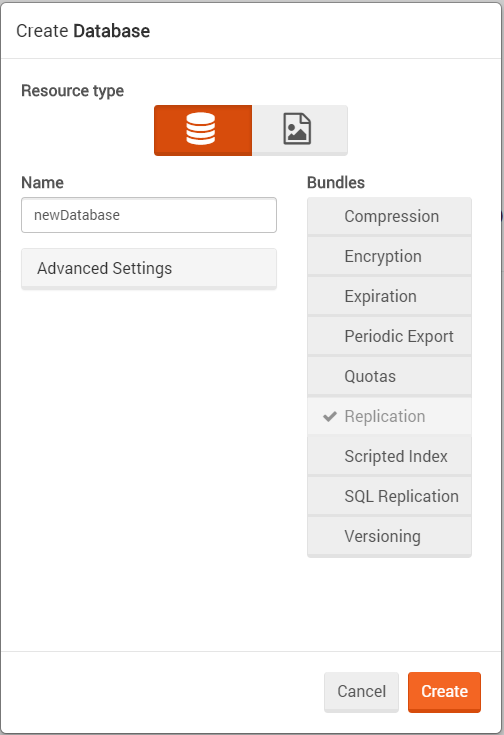 Another way to change failover behavior is by using the client API.